Skip to main content
This article moved to workflowserver.io permanently.

Developer Mode is a mode for synchronizing schemes, forms, and metadata with the file system. It can be used during development, for example, you can put the configuration in Git for collaborative programming. The Workflow Server also supports export and import of configurations. 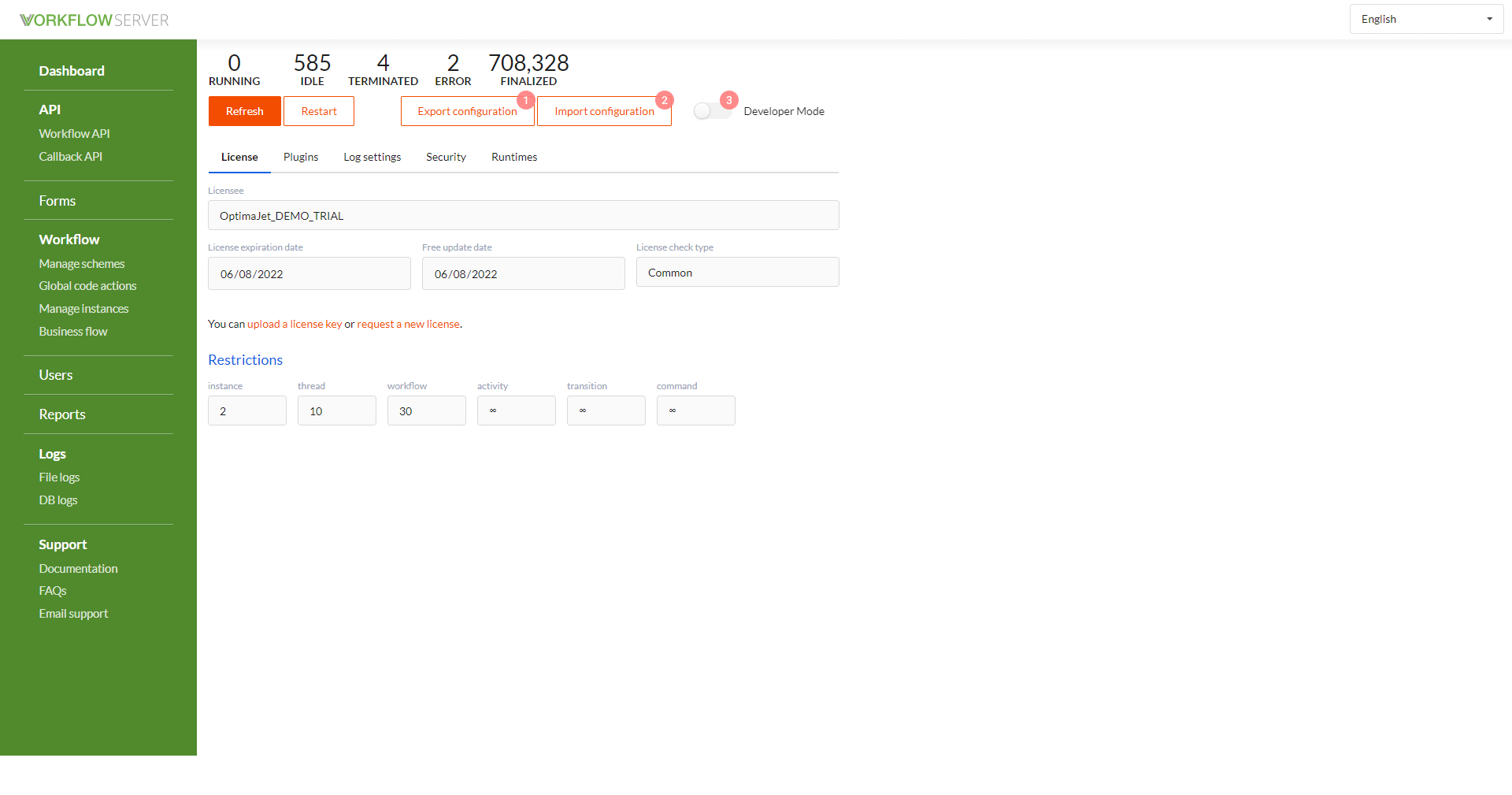 Attention. Using this mode is strongly not recommended if you have more than one instance of Workflow Server connected to the same database.

There are two ways to enable the Developer mode:

Developer mode is enabled only locally. That information whether it is enabled is stored in the configuration file only.

After the mode is enabled in the dashboard, the following goes on:

The files are organized is the same way as in the archive for import and export. You can pack the contents of the metadata folder into a zip file to import the configuration to another developer, but it is recommended to use the Import configuration button on the dashboard for doing this.

Structure of files describing the configuration​

If necessary, you can export the settings to a zip archive and import them at another stand. When exporting, you can specify whether to export the hashes of user passwords. After importing this configuration, if the hashes have not been exported, you should set the passwords for users manually. When importing, the current configuration is deleted and replaced with the imported one.