In the single-server mode, a single instance of the Workflow Engine (or Workflow Server) works with a single database. Multiple instances can be launched at the same time, it will not lead to errors, but such a system will work inefficiently due to the competition between instances. If you need horizontal scaling, use the multi-server mode.

When initializing WorkflowRuntime in the single-server mode, there are two things to be noted.

After calling .AsSingleServer(), the runtime switches to the single-server mode, which primarily affects the system timer operation and the recovery procedure after a failure. On calling, this parameterless method sets the default settings (the settings are described below). Options with customized settings are also available:

With custom initialization settings, the single-server mode can look as follows:

For timers to work in the single-server mode, the workflowRuntime.Start() method should be called. 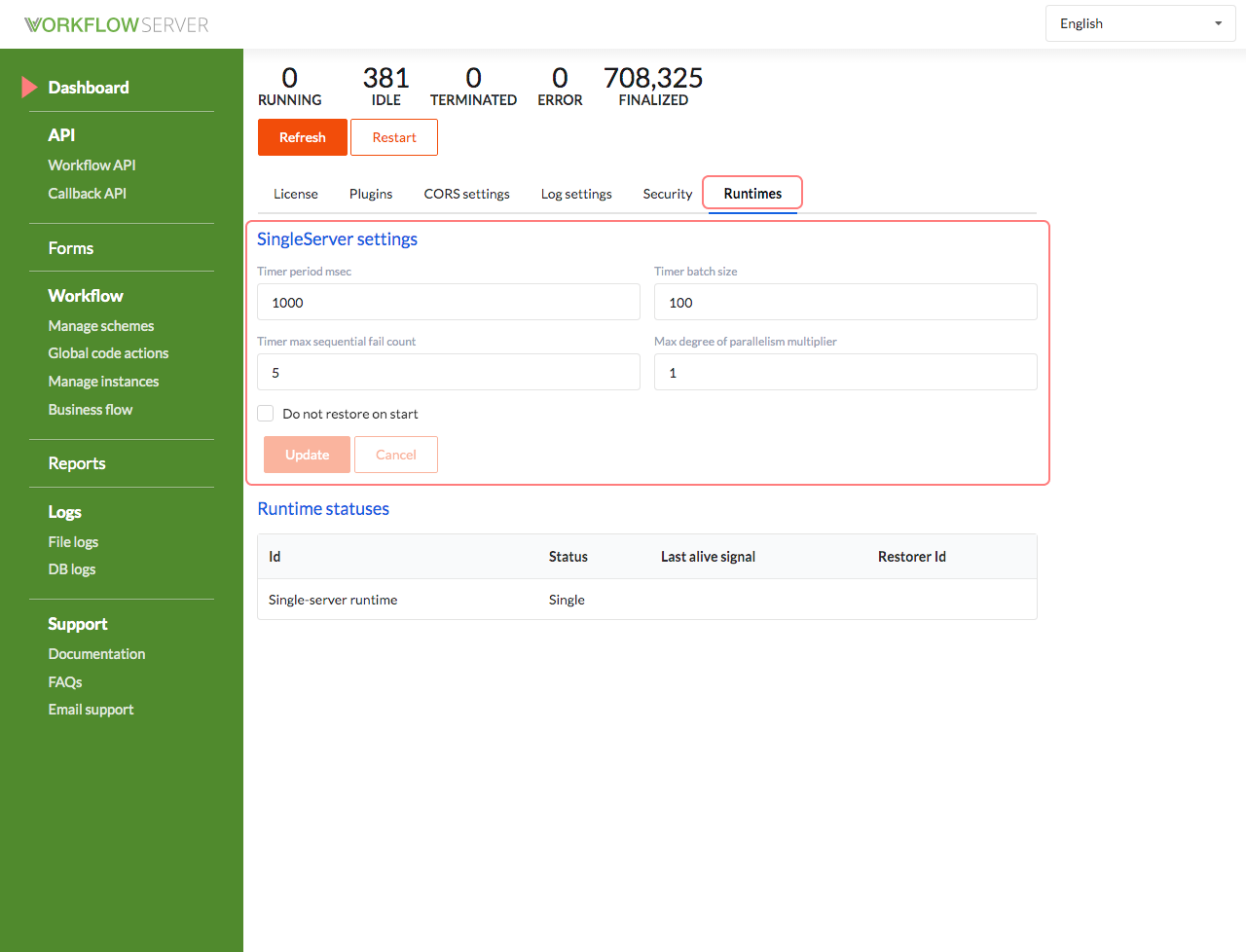 The rest of single-server settings can be changed in the Runtimes tab in the Dashboard page. There you can see the list of settings and their values.

The single-server settings can be customized and passed to the WorkflowRuntime constructor for Workflow Engine, or to the Runtimes tab in the Dashboard page for Workflow Server. The following settings are available:

If the server stops incorrectly, there can appear processes stuck in the Running status (the statuses of processes are described here). The Running status will prevent further manipulation of the process, therefore, it must be reset. The reset procedure starts once at the server startup. It can be disabled by setting DoNotRestoreOnStart.

The recovery procedure and its customization are described here.