Activity is the first key object which composes a scheme. It determines the order, in which Actions are executed in your process. When they are executed, your process conducts efficient work and leaves artifacts in your system. If you open the Activity parameters window in Designer, the following properties are available:

If you want your process to have a "SomeState" state, which may be called via the GetAvailableStateToSet method and be set via the SetState method, the following conditions should be met:

According to process transitions from one Activity to another, the following rules of state change are applied:

Let's take a look at the examples. 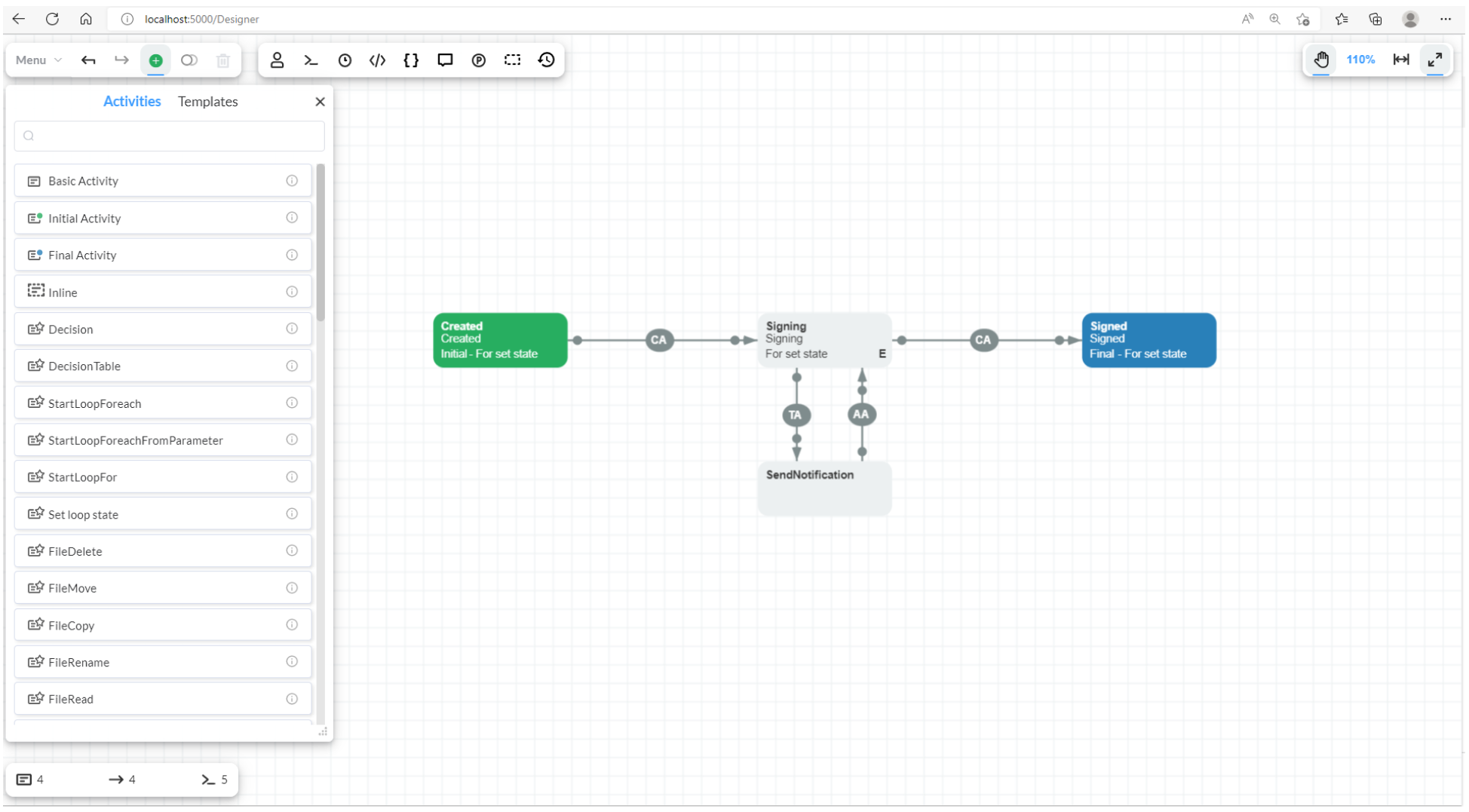 For example, your document may exist only in three states - Created, Signing, Signed. Then, we have four Activities, because there's a timer which transits the document from the Signing state to an Activity, where a letter is sent, notifying that the document is being signed for too long. The SendNotification Activity does not have a State filled in, meaning that when the timer transits the document into it, the current state will not change. If you set For set state = true for Created, Signing and Signed activities, all three states will become available for setting. If you set the document into a Signing state via the SetState method, the timer will be reset and start counting the time elapsed from the moment the state was set. It is impossible to set the document via the SetState method in the SendNotification activity. 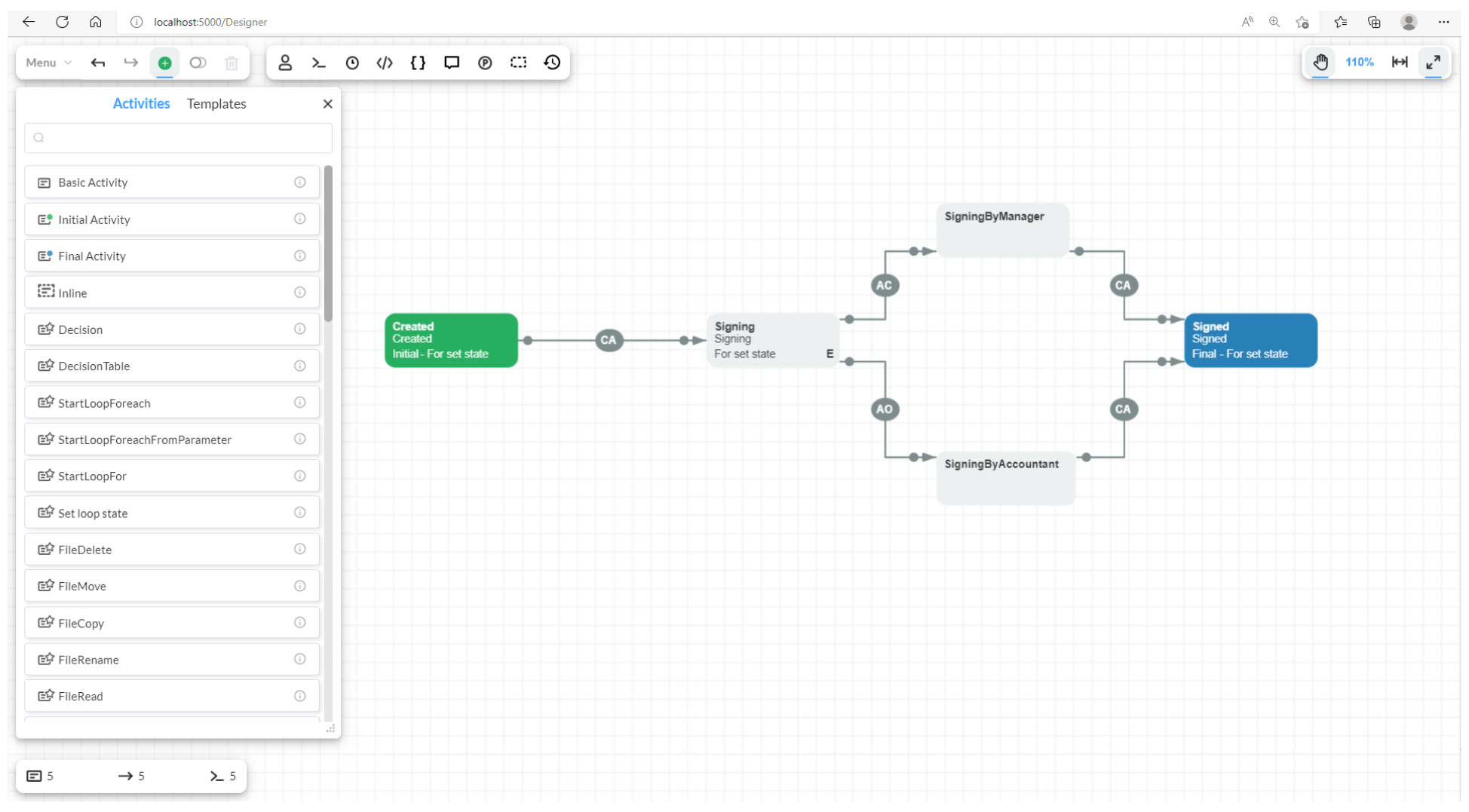 This scheme also has only three states - Created, Signing, Signed, but more Activities. After the process transits to the Signing Activity and executes all available Actions, its state is changed to Signing. Depending on conditions, it will further transit to one of the two Activities - SigningByManager or SigningByAccountant, but its state will change only after it reaches the Signed Activity. If you set For set state = true for Created, Signing and Signed Activities, all three states will become available for setting. If you change the document state to Signing via the SetState method, the process will automatically check conditions and transit to one of the two Activities - SigningByManager or SigningByAccountant. From the point of view of Workflow Engine, Signing, SigningByManager and SigningByAccountant Activities belong to the Signing state.

The State functionality might not be utilized. You may use it or not, it depends on your system requirements.

An activity object properties can be customized easily in the Visual Scheme Designer (Modeller) by double-clicking on it. Once the object window is opened, there are two possible modes that can be used for working: the Default mode and the Expert mode. 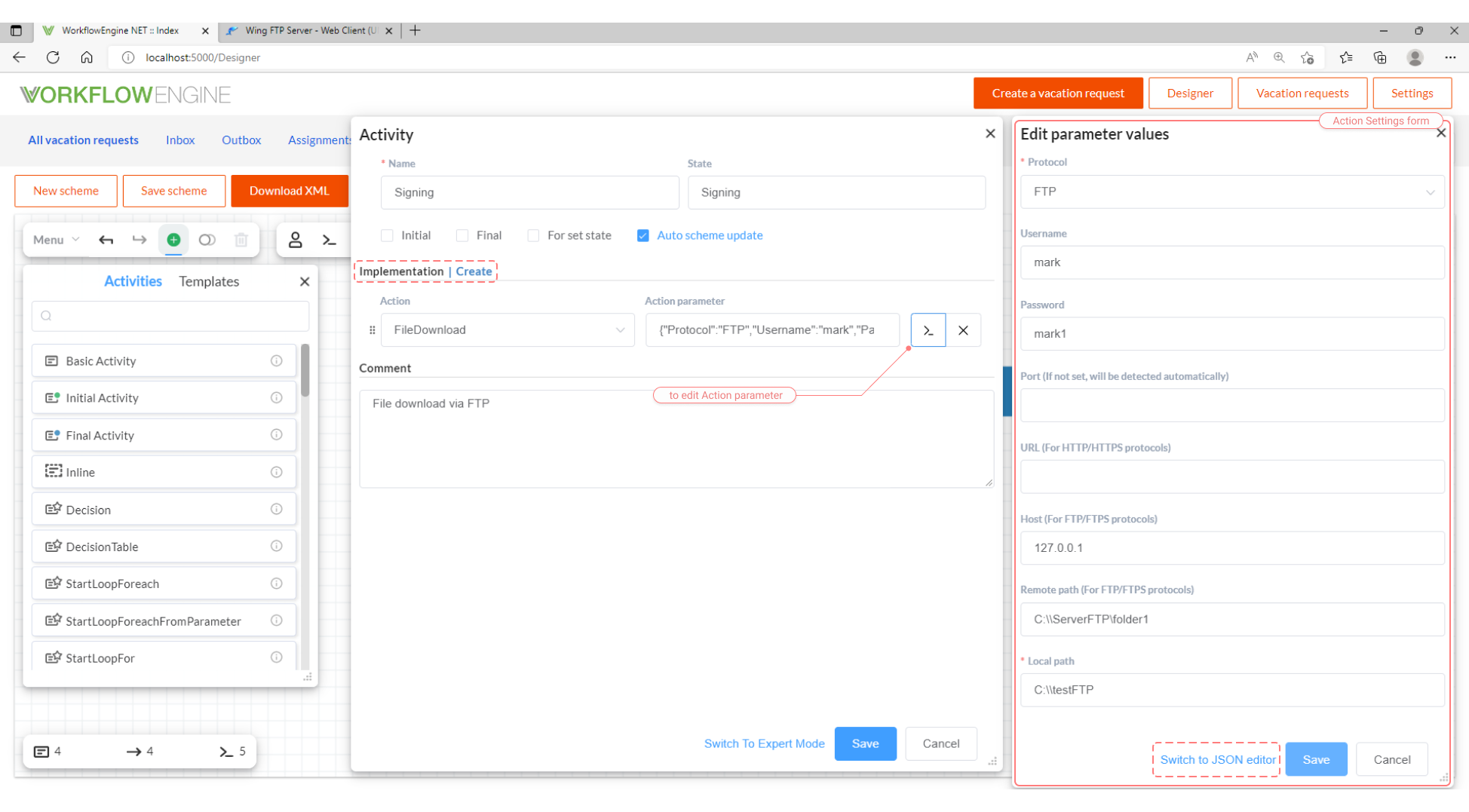